“The most worthwhile research is that which both delights the thinker and serves humanity.”
Christian Doppler

What do airplanes, fast cars, red blood cells, beating hearts, gasses in sealed pipes and the stars in the sky have in common?
Their speed is measured thanks to a physical principle discovered by the world famous Salzburg scientist, Christian Doppler. Even in his wildest dreams, this visionary could never have imagined the importance his discovery would have for all of humanity. His idea, the Doppler effect (1842) plays a fundamental role in almost all areas of our lives.

Important Places
Where did Christian Doppler live and work?

The Doppler Effect
What exactly is the Doppler effect? How does it work?

175 years of the Doppler effect

The 175th anniversary year – an overview


Competition (German)
Competitions on the theme
of the Doppler effect 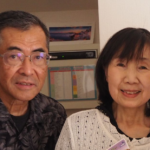 There is a well-established link between the Christian Doppler Foundation and Japanese scientists. Now the renowned Japanese astronomer Prof. Masanori Iye volunteered to translate the website of the Foundation into Japanese. To him and to his wife, Etsuko, a translator of German into Japanese, heartfelt thanks for their outstanding commitment !