The biography of Christian Andreas Doppler

From 1810 to 1816, Christian Doppler attended primary school in Salzburg.

Because of his delicate physique, there was no question of this son of a stonemason entering into the family business after elementary school. The only option for Christian to find a place in good society was to take up commerce or seek out a liberal profession in the gradually growing educated middle classes.

In order to get a professional training in commerce Christian attended three years of middle school in Salzburg (1816 to 1819) and an additional fourth year (1820/21) in Linz.

The Polytechnic Institute of Vienna: studies in mathematics, geometry and physics

After Christian completed the Deutsche Normalschule in Linz, on the advice of Simon Stampfer he was sent to Vienna to the Polytechnic Institute. In 1825 he graduated with excellent grades.

After his vocational education at the polytechnic, in order to be able to study at university, Doppler needed to obtain an academic secondary school qualification. Having already previously attended secondary school for three years, Doppler completed the remaining six semesters of upper-secondary in half the normal time. He went on to attend the Lyceum and graduated within the usual two years as the best candidate out of 37, and a grade of “eminent” – or “remarkable”. At the same time, he had also been learning English, Italian and French. 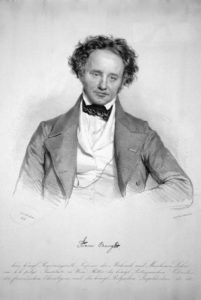 He was employed by Adam Burg on a fixed-term contract as an assistant for higher mathematics at the Polytechnic Institute in Vienna.

Employment as an accountant in Bruck an der Leitha

For want of a research appointment, Christian Doppler worked as an accountant for a year at a cotton mill in Bruck an der Leitha. Because all of his applications for academic positions had been unsuccessful, he was planning on emigrating to the USA. However, just as these plans were starting to take shape, he received an offer for the position of professor of arithmetic, algebra and geometry at the Prague Corporate Secondary School.

Professor of arithmetic, algebra and geometry at the Prague Corporate Secondary School.

In 1836, 32 year-old Doppler married the 24 year-old Salzburger Mathilde Sturm, the daughter of a respected gold and silversmith. For the next 11 years, the Doppler family lived in Prague, and was blessed with five children.

Granted membership of the Royal Bohemian Society of Sciences (Academy) upon the recommendation of the theologian and mathematician, Bernard Bolzano. 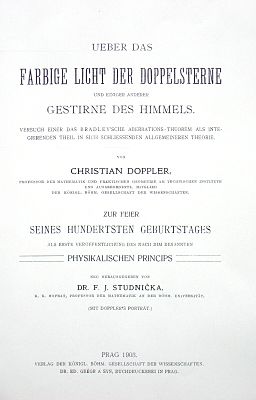 Employment as professor of mathematics, physics and mechanics at the Mining and Forestry Academy in Schemnitz (today, Banská Štiavnica) in the Slovak Ore Mountains, and simultaneous appointment as “imperial and royal mining counsel”.

Elected as a member of the Austrian Academy of Sciences in Vienna. Received an honorary doctorate in philosophy from the University of Prague on the event of its 500th anniversary. 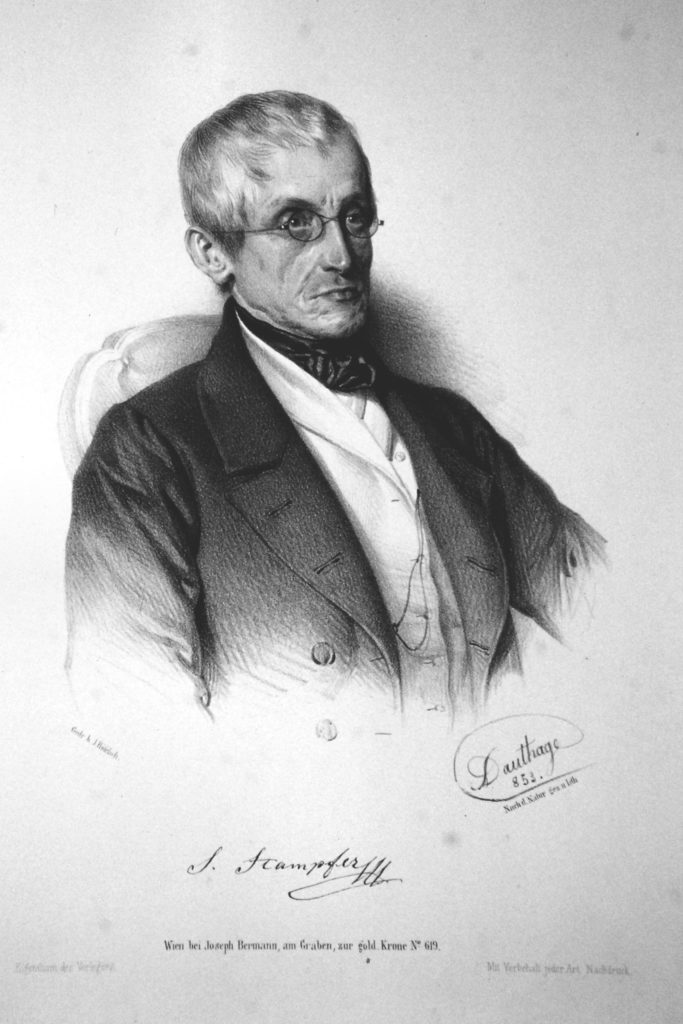 Doppler appointed professor of geodesy at the Polytechnic Institute of Vienna, and successor to Simon Stampfer.

As the 1848 Hungarian Revolution spread from Vienna to Budapest, and the environment grew increasingly nationalistic, the unrest also affected Schemnitz, which was a hungarian town at the time. The Schemnitz Mining Academy closed for two years.
At the beginning of 1849, Professor Simon von Stampfer, who had been granted a knighthood in recognition of his scientific achievements, retired. In Salzburg, this man had been instrumental in setting his student, Doppler on his life’s scientific course.  Now the Chair for Geodesics at the Vienna Polytechnic Institute was free, and Christian Doppler was appointed as Stampfer’s successor.

First director of the physics institute at the University of Vienna

Kaiser Franz Joseph authorised the establishment of a physics institute at the University of Vienna, appointed Doppler as its director, and promoted him to Full Professor of Experimental Physics at the faculty. This represented the peak of Doppler’s career.

Stay in Venice due to a long-term lung disease

His disease was probably linked to his father’s stone-masonry workshop, in which he worked until he was 17. Like his father and older brother, Doppler had probably developed silicosis caused by exposure to dust.

Doppler hoped the Venice sea air would offer him relief from his symptoms. 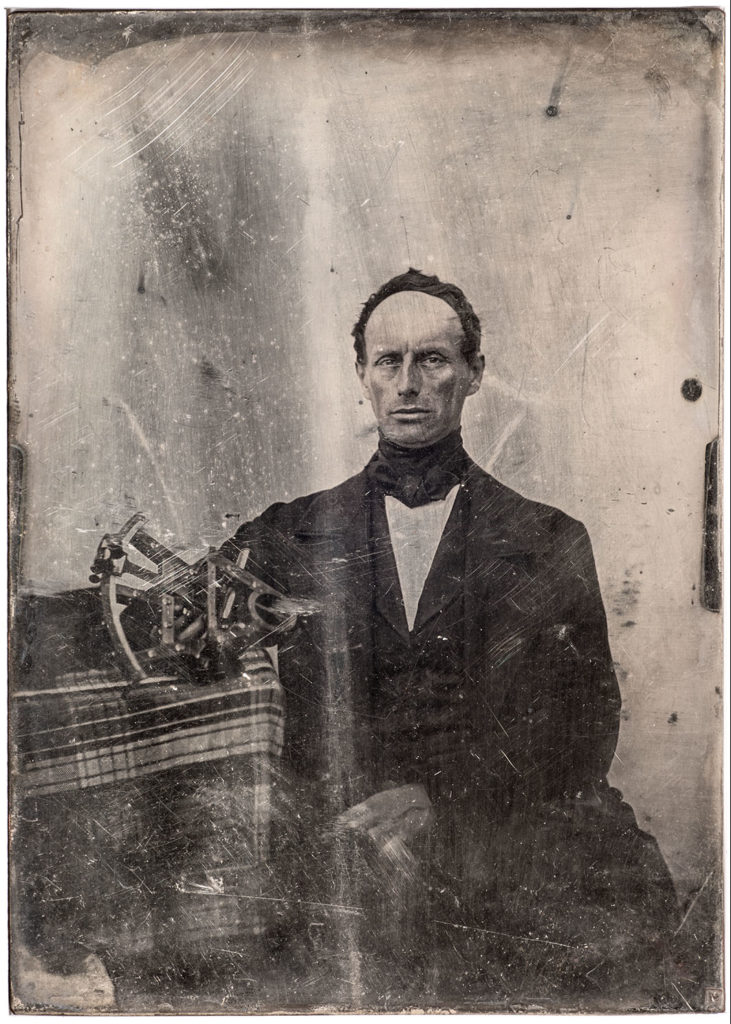 49 year-old Christian Andreas Doppler died on 17th March 1853 in the presence of his wife Mathilde after 150 days on his sickbed in Venice.

Information based on the books:

Moving the Stars – Christian Doppler, His Life, His Works and Principle, and the World After, Peter M. Schuster

Other sources on Doppler’s life: