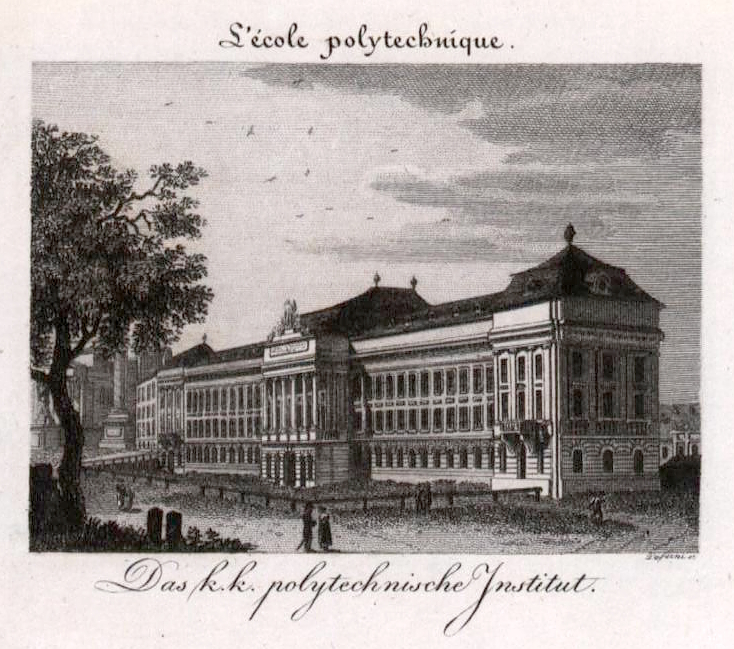 After completing the Deutsche Normalschule in Linz in 1821, and before he returned to secondary school to gain his qualification for university entrance, Christian Doppler studied mathematics, geometry and physics at the Polytechnic Institute of Vienna. In 1825 he graduated with excellent grades.

After he returned to secondary school in Salzburg between 1829 and 1833 to gain his school-leaving certificate, he was employed by Adam Burg as an assistant for higher mathematics at the Polytechnic Institute in Vienna.

After time spent in Prague and Schemnitz, in 1849 Doppler was appointed professor of geodesy. He was the successor to Simon Stampfer, the very man who had played a crucial role in setting Doppler on his academic life-course when he was Simon’s student.

By clicking on the button "Load map", the map will be displayed and loaded on your PC by the persons jointly responsible with us (Wikimedia Cloud Services and unpkg.com). This may allow conclusions to be drawn about your identity. Privacy policy of Wikimedia